Drawing us deep into the vast Alaskan wilderness our Denali Collection celebrates the rugged and expansive prominence of Alaska's greatest peak. Standing at a towering 20,310 feet Denali is the tallest mountain in North America and ranks third highest of the seven summits with more vertical rise than Everest. Derived from native Athabaskan languages, Denali translates to “the tall one”. The immense scale of the mountain is matched only by the seemingly endless landscape that surrounds it.

With over six million acres of tundra, wild rivers, forest, glaciers, and wildlife bisected by one ribbon of road Denali is much more than a mountain. At roughly the same size as the state of Vermont, Denali National Park and Preserve in the Alaska Range sits between Fairbanks and Anchorage, both close enough to see Denali on a clear day. It's low elevation forests give way to a diverse ecosystem of plant life, bird species, and is home to many apex predators including grizzly, caribou, dall sheep, wolves, and black bears who roam freely among its hills. Ten of the biggest National Parks in the USA are all found in Alaska.

Denali is so large it forms its own weather, creating severe storms when the dry northern air meets warmer southern air traveling up from the Gulf of Alaska. Often obscured by dense clouds only about one in three of Denali's 600,000 annual visitors are lucky enough to see its peak. Often, some of the best views are found looking out the window of a small Cessna plane on a flight-seeing tour around the mountain. 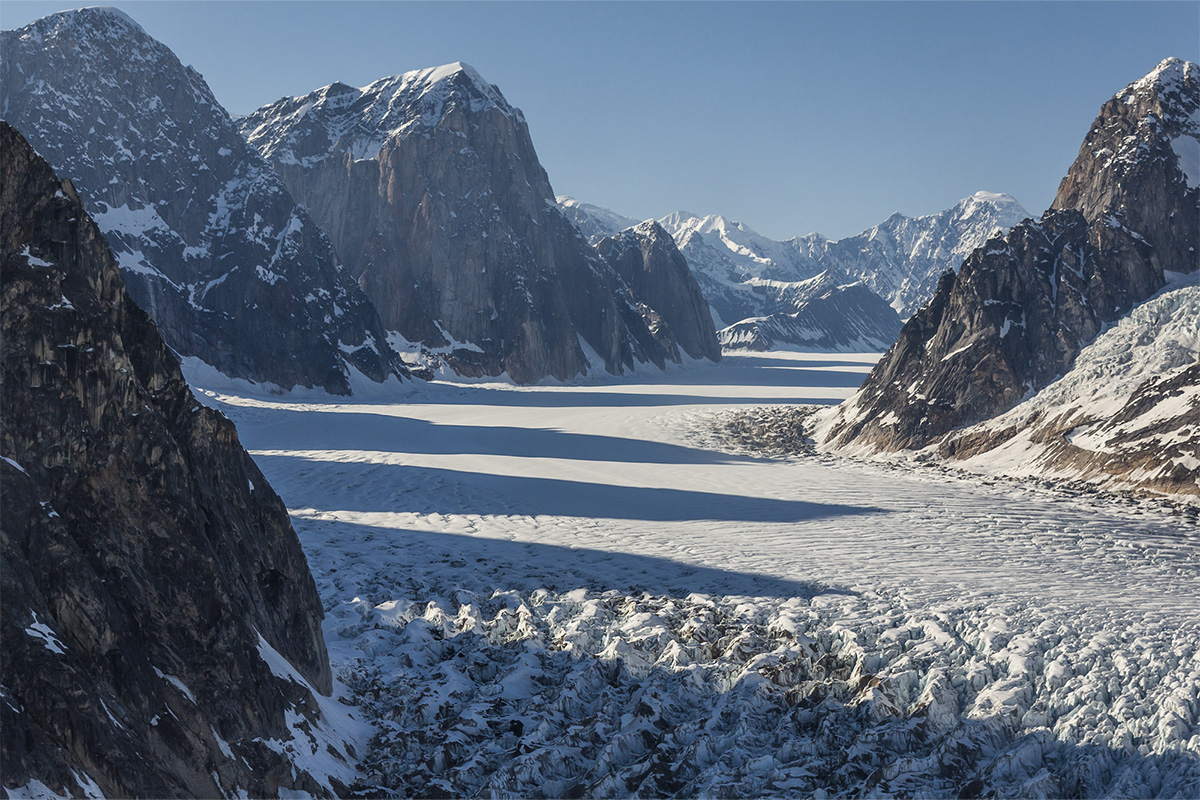 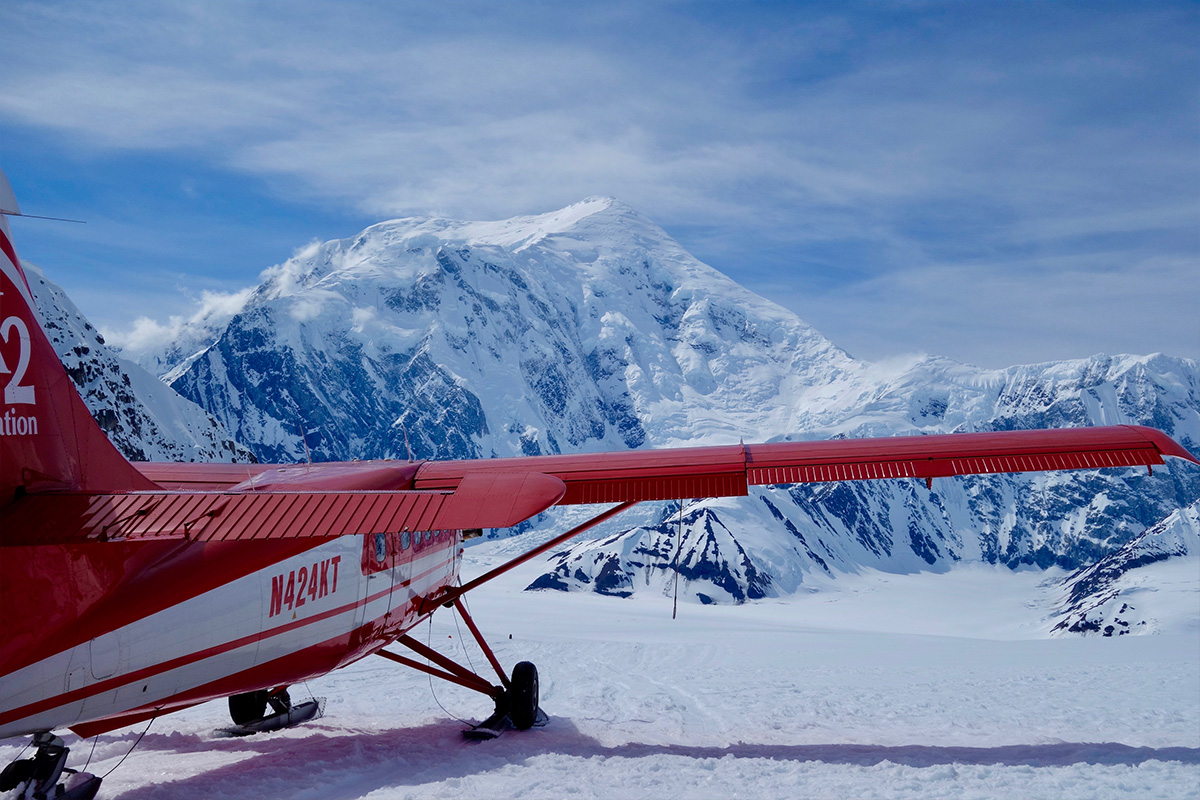 Sculpted by ice - more than one sixth of Denali is covered with glaciers grinding their way through the earth below, some faster than others. Many have formed massive canyons like the Ruth Gorge which is deeper than the Grand Canyon. The largest and most well known is the 45 mile long Kahiltna Glacier found on the south side of the range. Hundreds of annual climbers setting out to reach the summit are flown to the base camp located on this glacier and travel up the mountains West Buttress route to the summit.

Our newest collection celebrates the grand scale of the last frontier, the Alaskan wilderness and North Americas tallest peak. 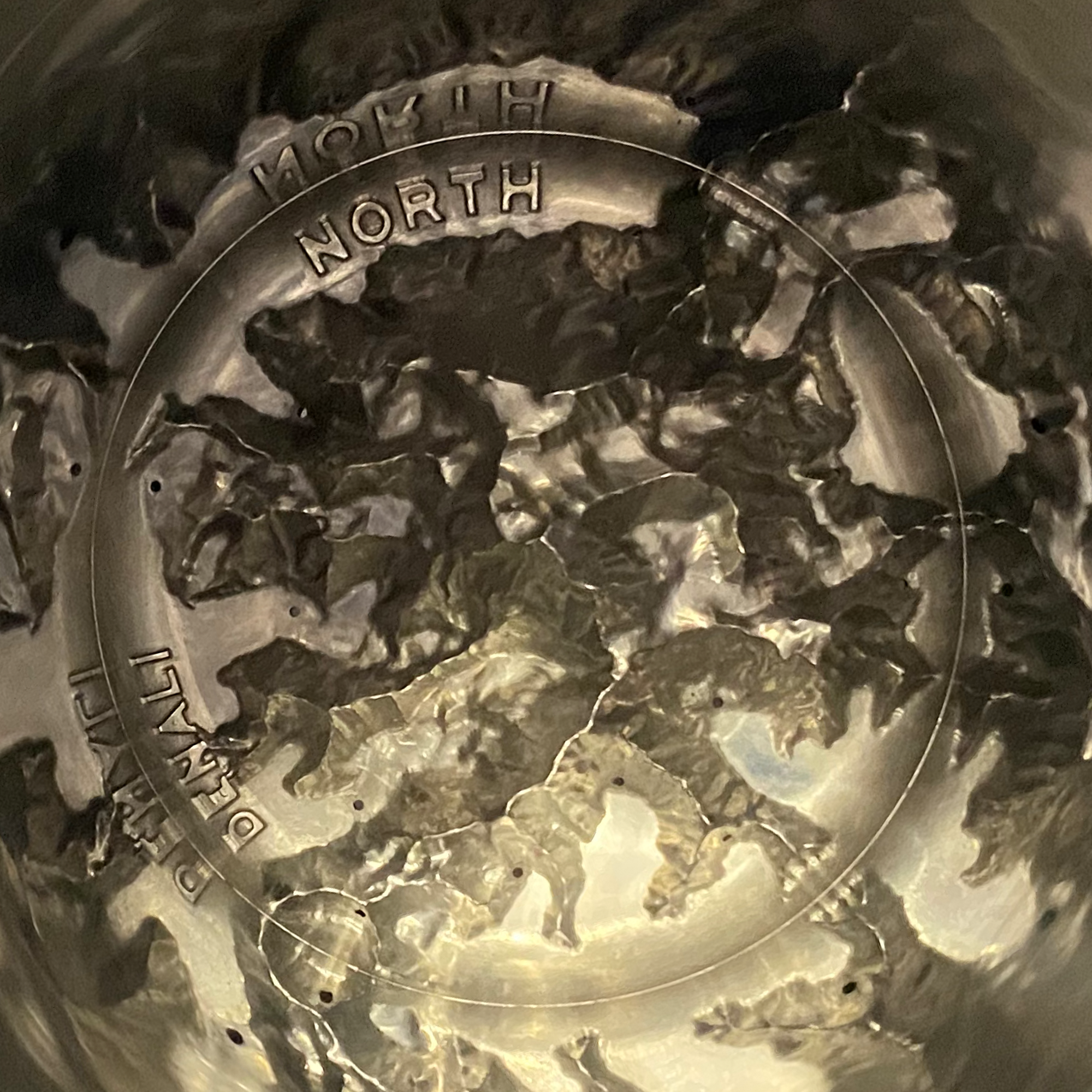 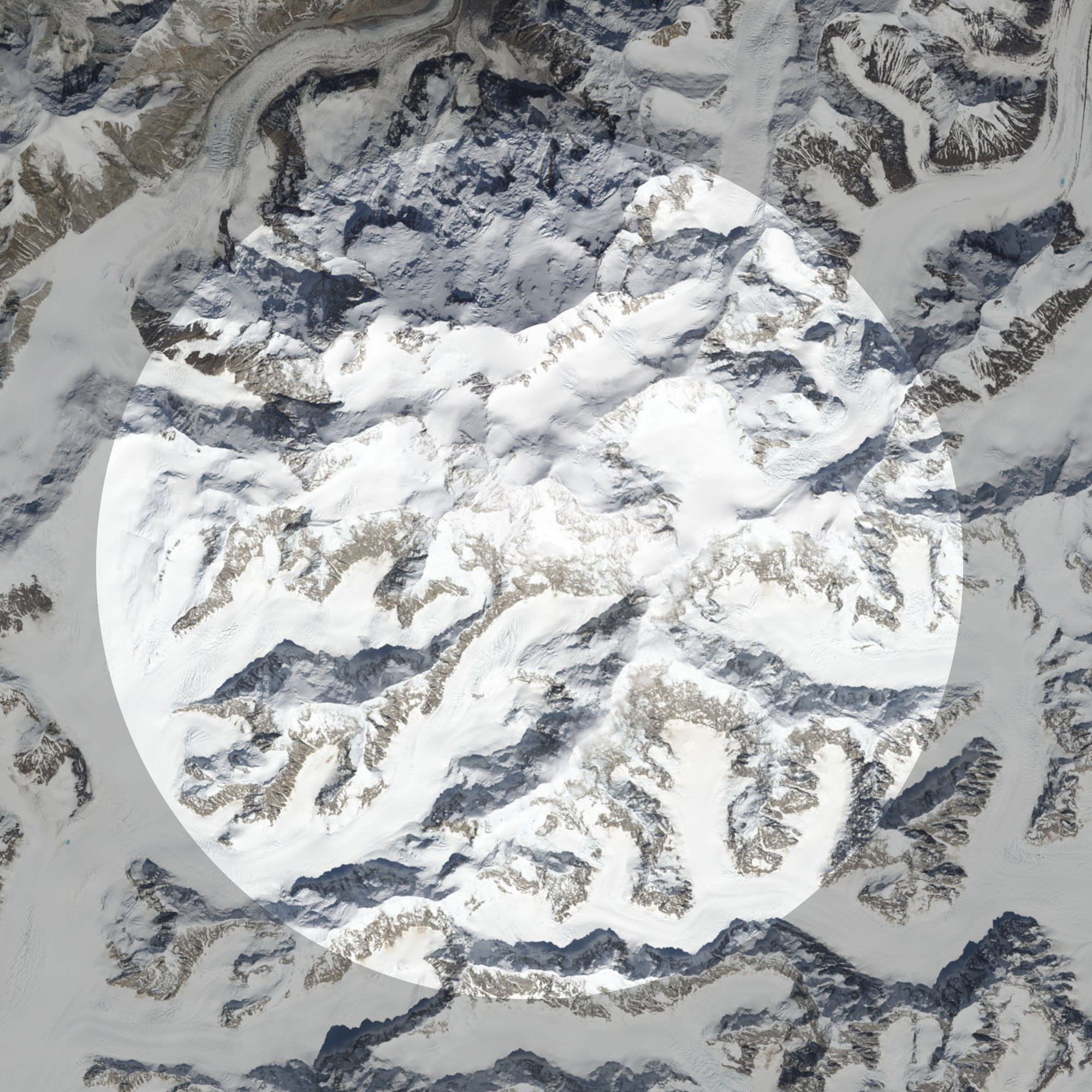 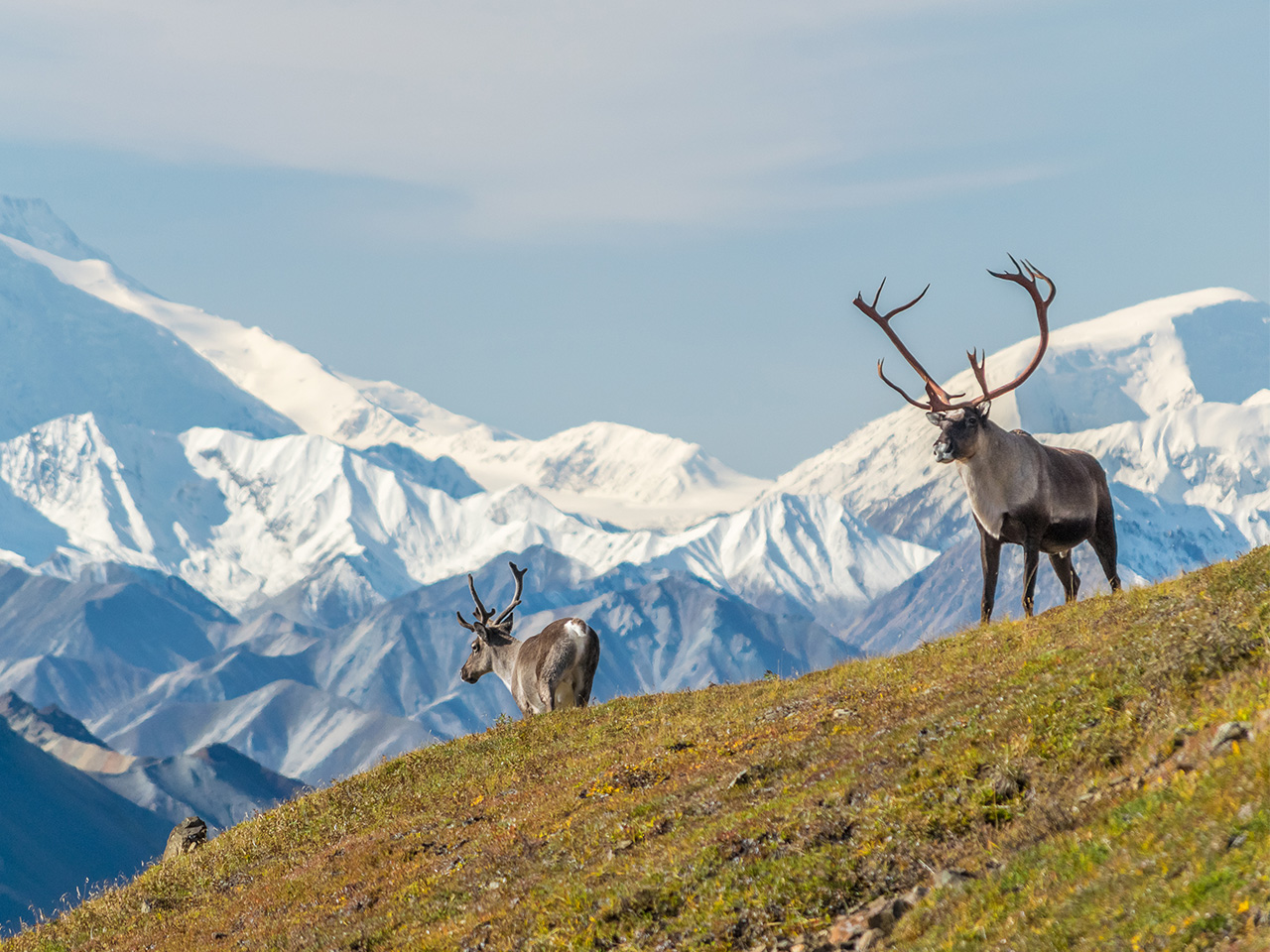 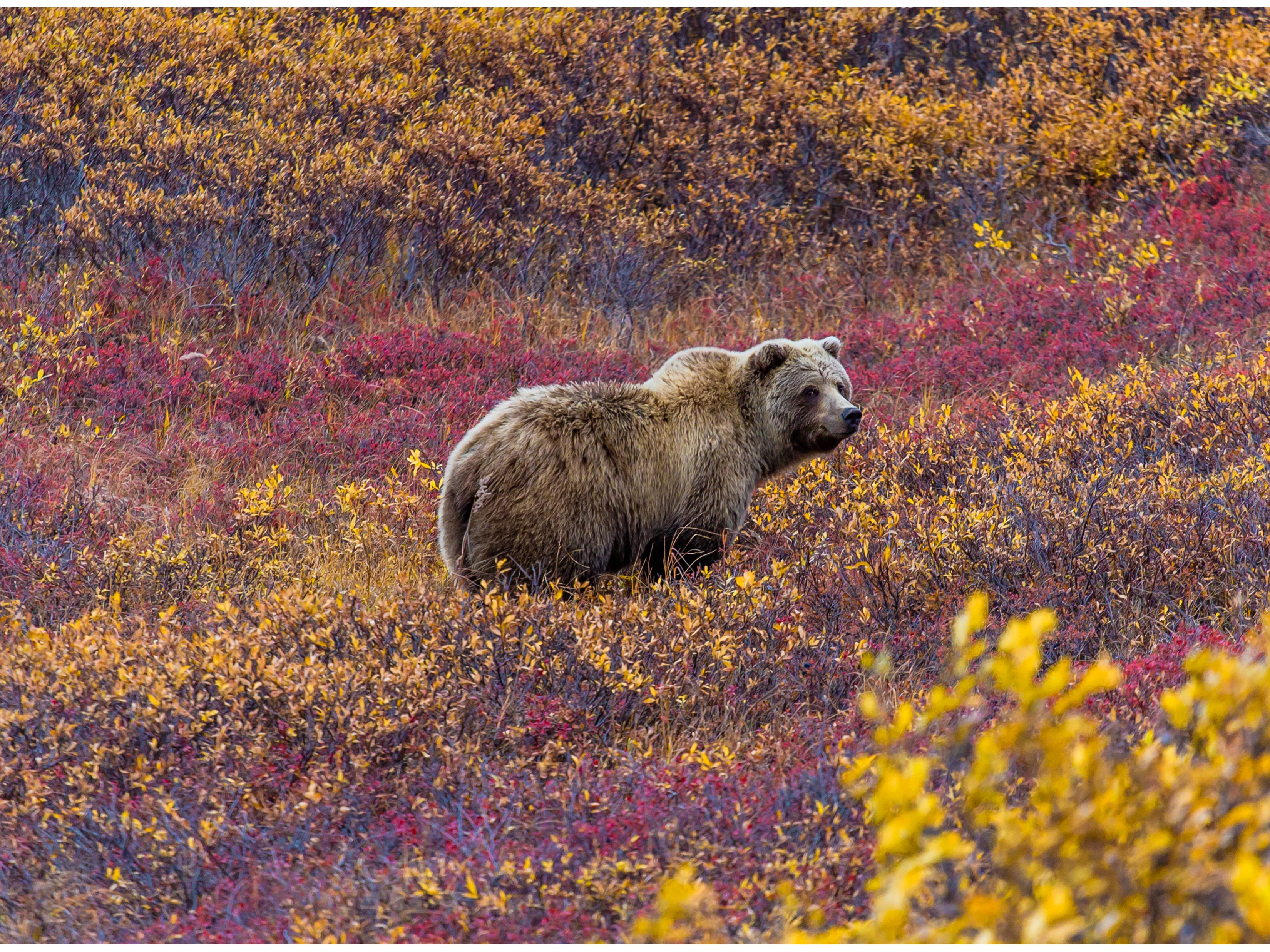 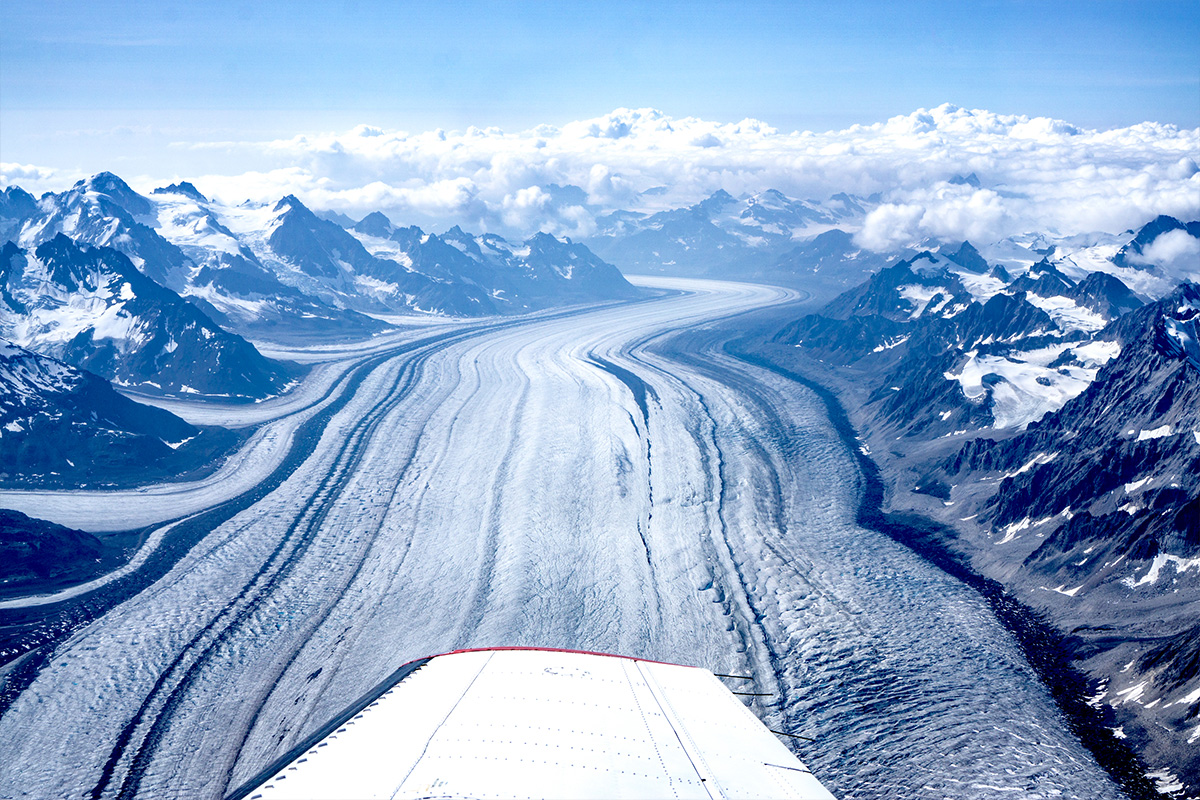 Denali is a bucket list climbing destination for many. For a few it's an opportunity to take some of the highest elevation turns you can make. Check out this great story of an eclectic team of boarders who conquer North America's tallest peak and mark off some first descents along the way.

In our ongoing partnership with 1% for the Planet, every Denali glass gives back to the Denali Education Center.

Denali Education Center's mission is to promote understanding and appreciation of Denali through informative and inspiring programs. They are a non-profit educational partner of Denali National Park and Preserve.

As Denali Education Center enters its fourth decade, they continue to provide fun, informative, and inspiring programs to the Denali community and its visitors. Through multi-day learning vacations, day programs, special events, and youth programs they are building lifelong friendships, creating lasting memories, and facilitating a new generation of land stewards.

THE DENALI PINT AND TUMBLER

The 3D data of Denali comes to life in our hand blown glasses made in Portland, Oregon. North Americas tallest peak takes prominence in these pint and tumbler glasses. 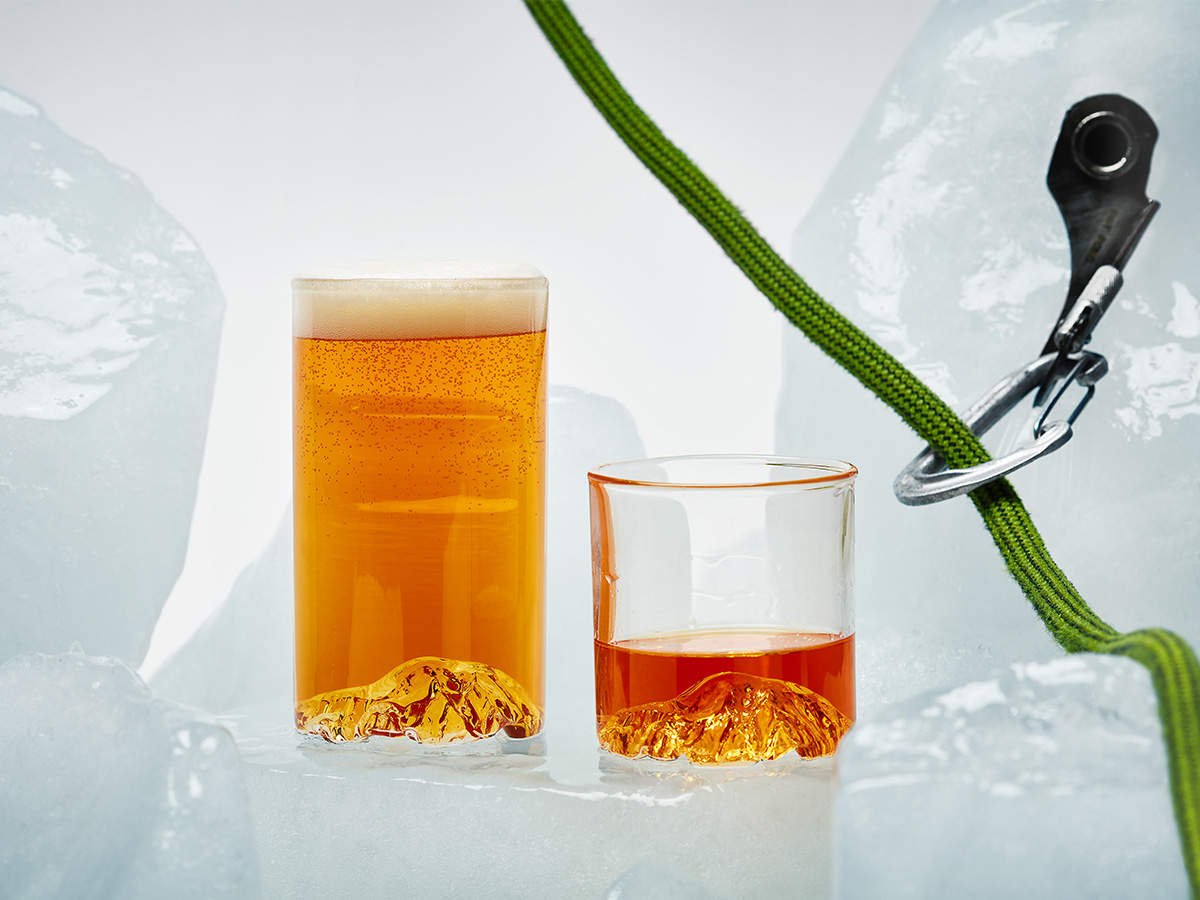 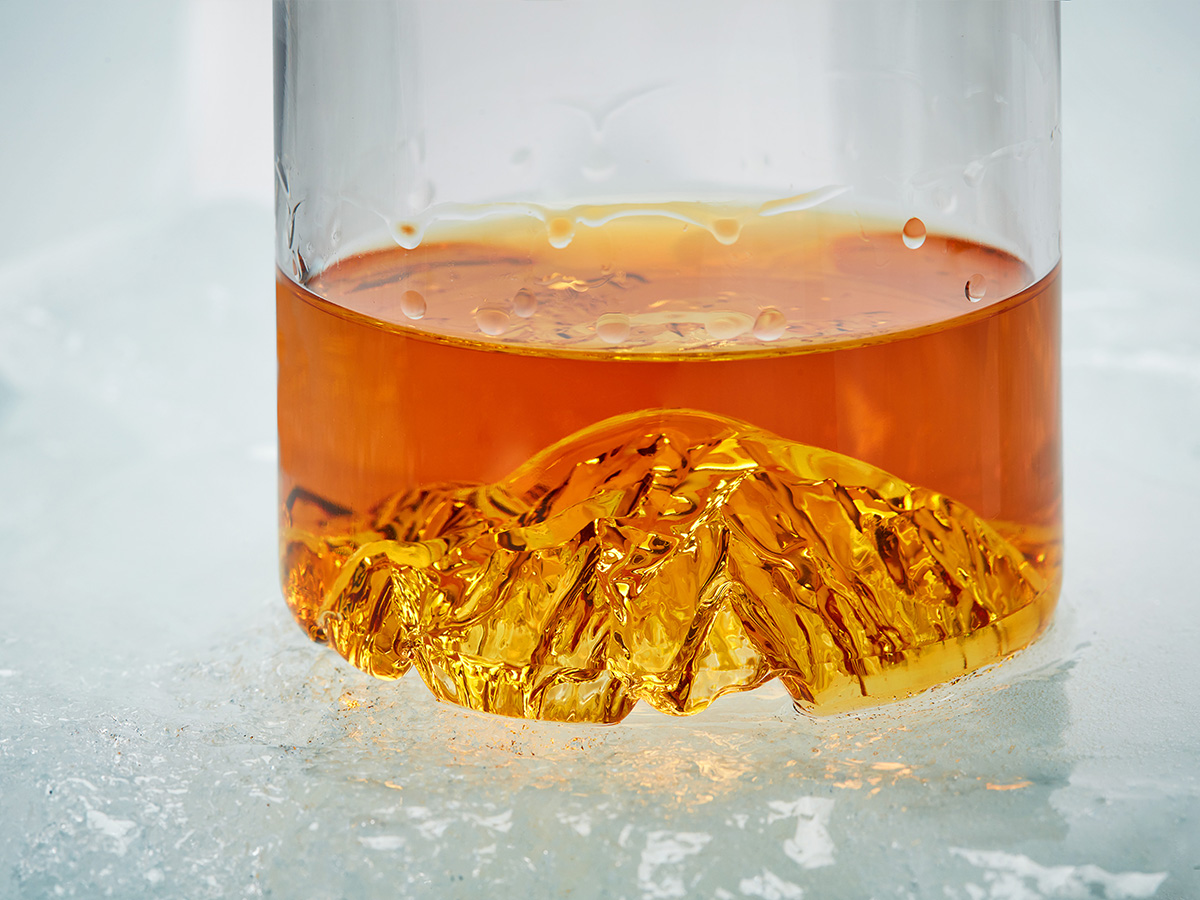 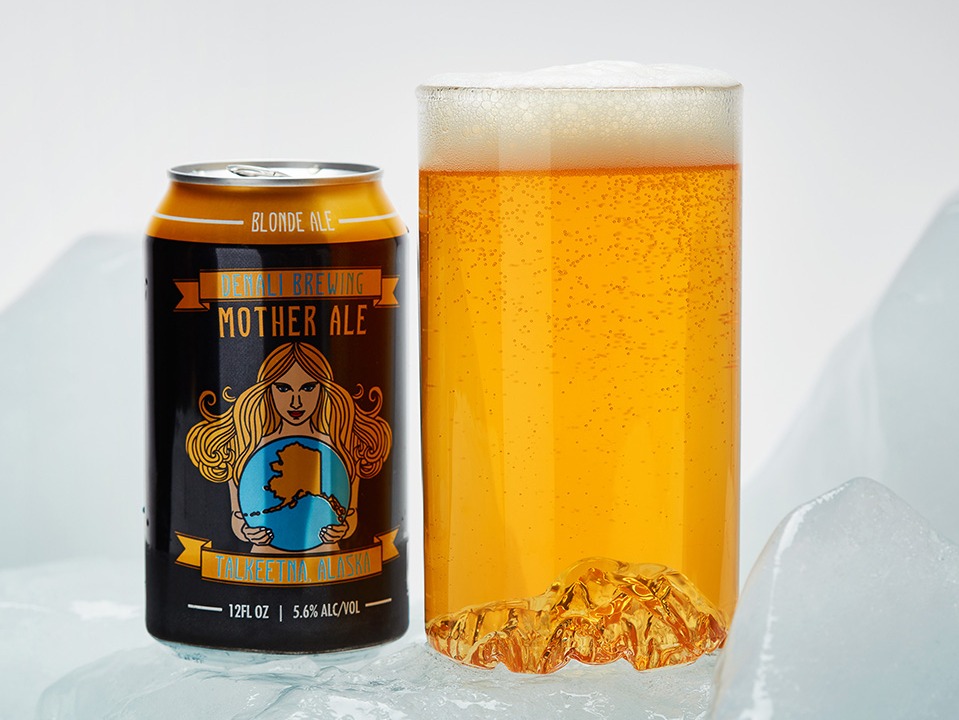 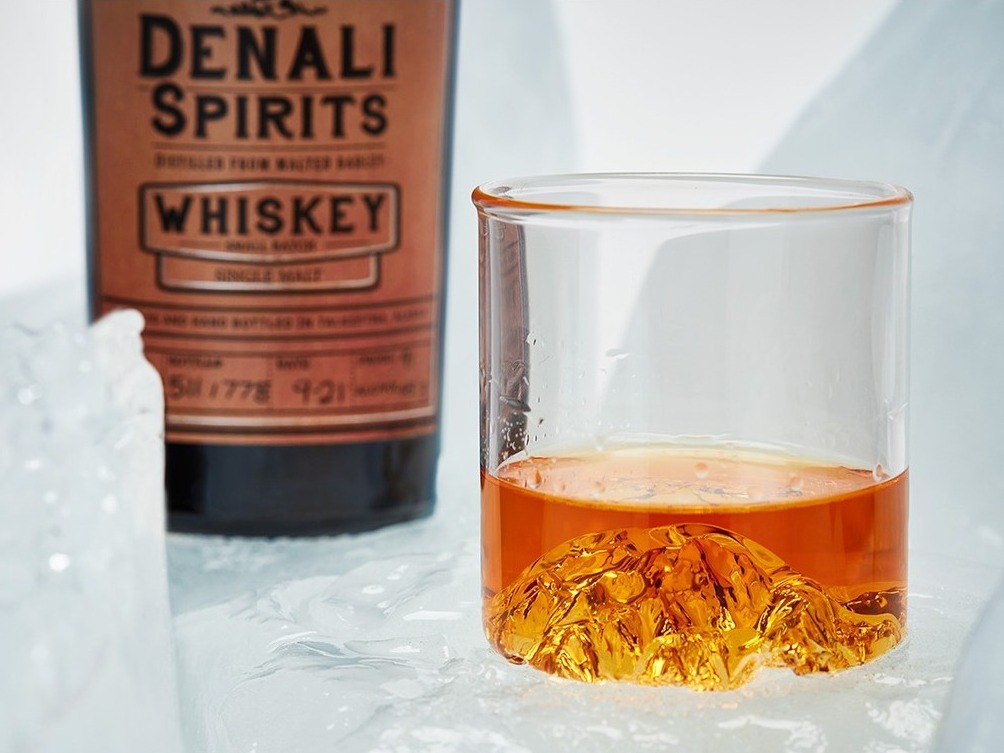 The custom etched coaster set is laser cut from birch ply and fitted with a cork backing. The detailed topographic data brings this iconic mountain to life. 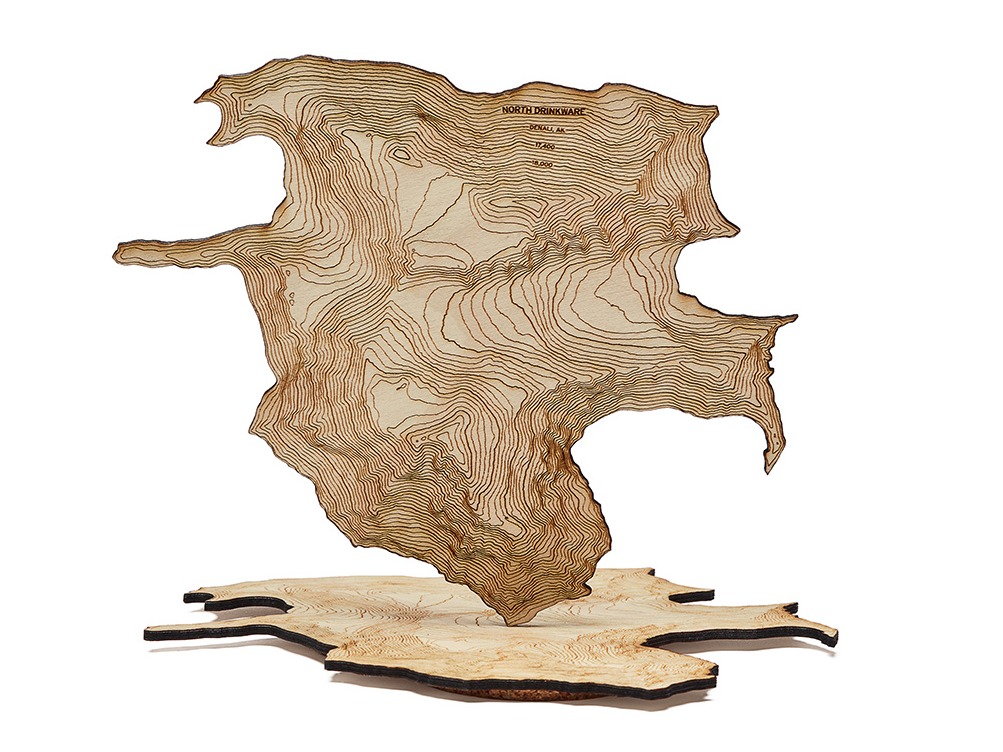 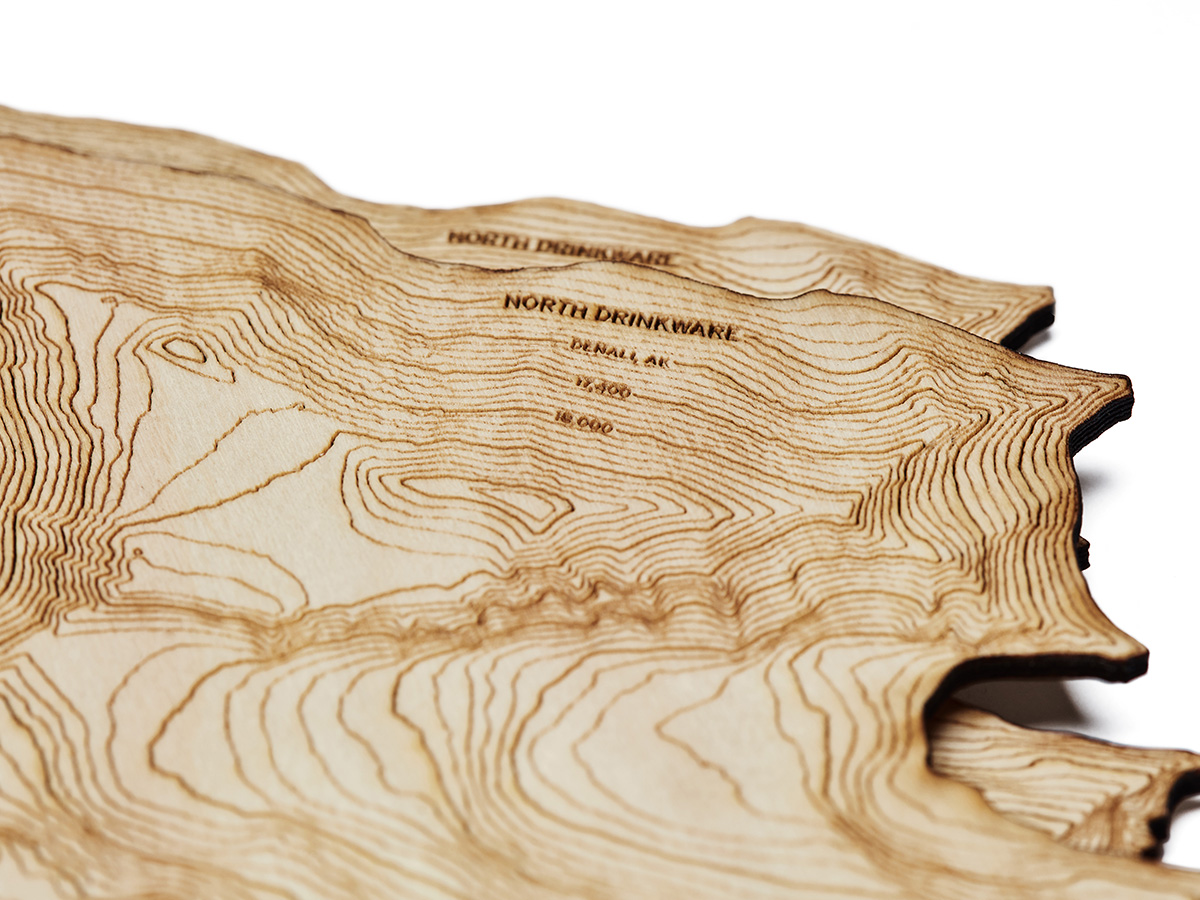 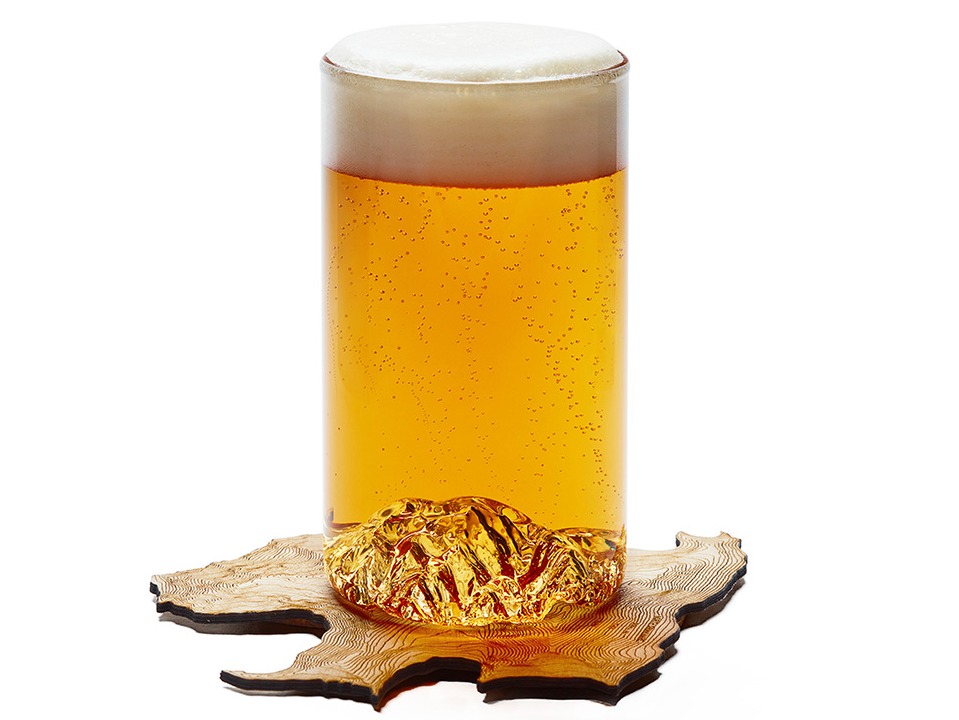 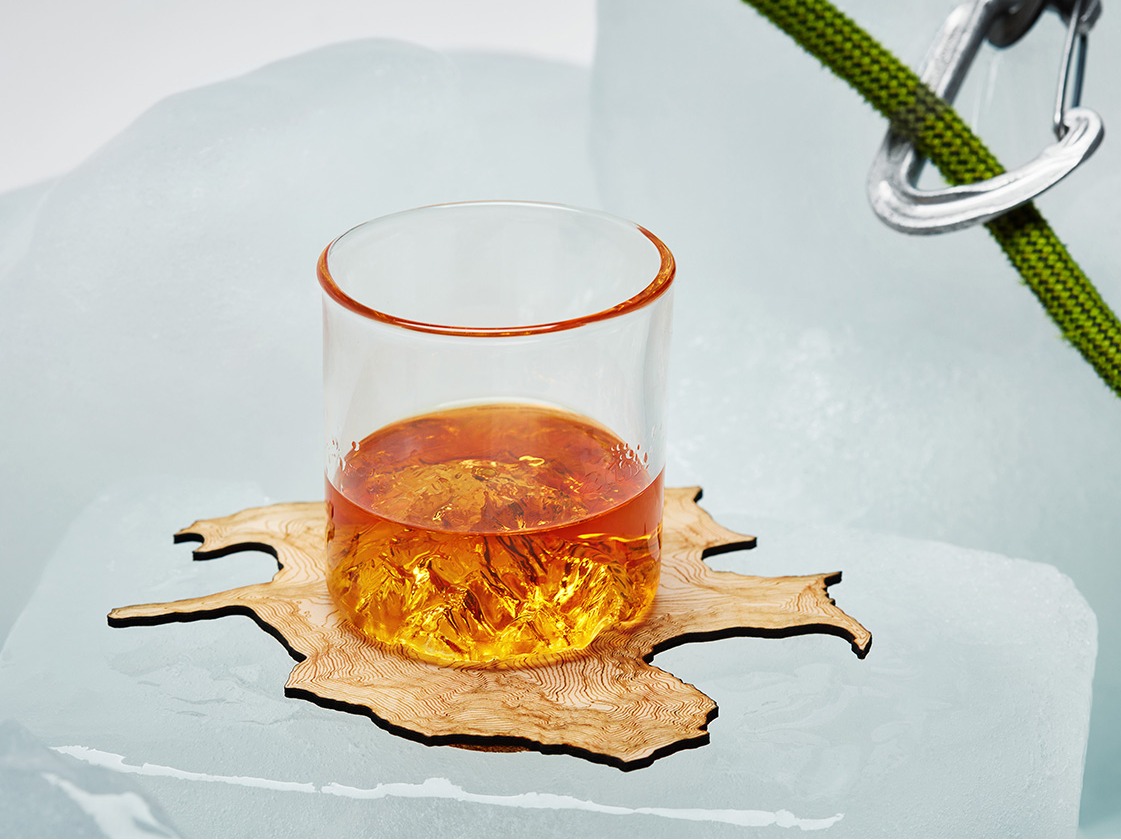 shop the DENALI COLLECTION
back to the journal